It’s a phrase still known to many Australians, almost 50 years after the comedy revue that made it famous.

For many decades in the last century, Bex was the painkiller you turned to for practically everything: nerves, headache, asthma, arthritic pain, colds, cramps, flu … the list goes on. The ads in newspapers and magazines testified to its abilities, claiming Bex had ‘no bad after effects’.

Although it’s more often associated with an overwhelmed homemaker in suburban Australia, advertisers didn’t discriminate. It was great for women and men of all ages, and sometimes even the family pup!

Bex was an APC (aspirin, phenacetin and caffeine) painkiller. It could be taken as a pill, or a powder, each dose folded up in a neat little sachet. Apparently it tasted awful, but an accompanying cuppa and brief rest might have made up for that.

Then, in the mid-1960s, along came the revue that immortalised the phrase – ‘a cup of tea, a Bex and a good lie down’ – for an audience happy to have a laugh at themselves.

Written by John McKellar (1930–2010), A cup of tea, a Bex and a good lie down was a huge hit. It ran from 1965–66 at the Phillip Theatre, Sydney. McKellar’s name isn’t widely known now, but his work and wit influenced the Australian theatre and comedy that followed his era. You can read more about him here.

And McKellar’s way with words wasn’t restricted to the stage. He later also coined the phrase, ‘Claytons, the drink you have when you’re not having a drink’. To this day, the adjective Claytons lives on, to describe something fake, substituted or nowhere-near-as-bleedin’-good as the original.

The Phillip (Street) Theatre revues celebrated a brash, sharp and very funny take on Australia, sending up anything and everything about us. They fostered comic talents like Ruth Cracknell, Gloria Dawn and Reg Livermore – sometimes all in the one production!

The show got rave reviews, including this, from The Sun: ‘the brightest, cleverest, funniest intimate revue within recall … Not in ages have I heard … such continuous roars of laughter, such applause, such cheers, such enthusiastically genuine curtain calls.’ The Sydney Morning Herald said it was a ‘highly entertaining comment on Australians and the way they see things’.

No-one really understood then how dangerous and addictive Bex was, particularly when used in large amounts. In the 1960s, researchers found it could cause renal failure. But it took until the late 1970s for Bex to be taken off the market.

Priscilla Kincaid-Smith and Ken Fairley were the doctors who discovered the link between APCs and serious kidney disease. Professor Kincaid-Smith deserves an everlasting ‘thank you’ for her efforts in bringing this information to the public.

One can only feel profound sympathy for those who suffered from using a painkiller they believed to be safe.

Many women, in particular – no doubt striving to be hardworking, caring and reliable in every situation, all while struggling with constant pain – had their health ruined by their increasing daily use and dependence on APC medications.

It was a cruel kind of freedom, really: the powder released its taker from pain, while also creating it afresh. 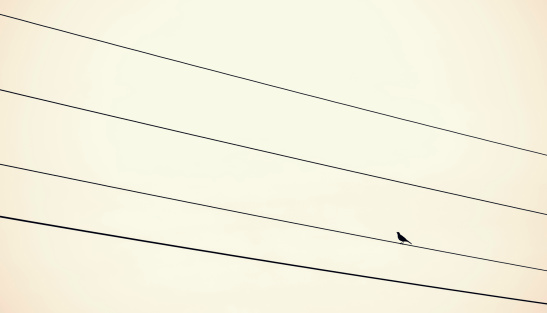 But language is a hardy survivor.

Despite this dark side, the phrase maintained its hold in Aussie culture, more recently in Federal politics. It’s a catch-cry to defuse mounting tensions and call a time-out, a saying cut loose from its history.

Which brings us to …

Zooming forward, many of us now live in a world rich in information, but with little time to pause, absorb, contextualise and really understand it.

It can be like mind-clutter you never get to sort through. The important things stay mixed up with the rubbish.

And sometimes, isn’t it all just a little too much to take in?

Once in a while, when things get overwhelming, wouldn’t it be lovely to take time out for a cup of tea, a book and a good lie down?

Nothing matches the simple escape a beautiful book gives you. And nothing compares with how a fantastic story (and great storyteller) can get you through just about anything in life – whoever you are, whatever your age or circumstance, wherever you live.

A welcome, and a story or two – definitely not another activity for your ‘to do’ list. There’ll be posts from the world of words, about …

People who work with words. Writers and writing. Editors and editing (that’s my day job). Artists who use words in their work. Artists’ books.

There’ll be books from everywhere: from a 19th-century ship’s log, to e-books, picture books, novels for smartphones, playscripts, gorgeous exhibition catalogues (including some I’ve been lucky to work on), and more.

And lots of other posts, from around Oz and further afield.

Friends … It’s time for a cuppa!

So next time you have a minute, relax, sip some tea and enjoy a story or two here. Pop by when you can, I’ll always be happy to see you, just putting the kettle on and opening the Tim Tams now.

Pull up a chair, send a comment and let me know what you think of this tiny corner table in the humungous online universe!

And even if you don’t have the time right this very moment, please treat yourself to a book and a good lie down sometime soon.

Why? Because you truly deserve it.

This site uses Akismet to reduce spam. Learn how your comment data is processed.